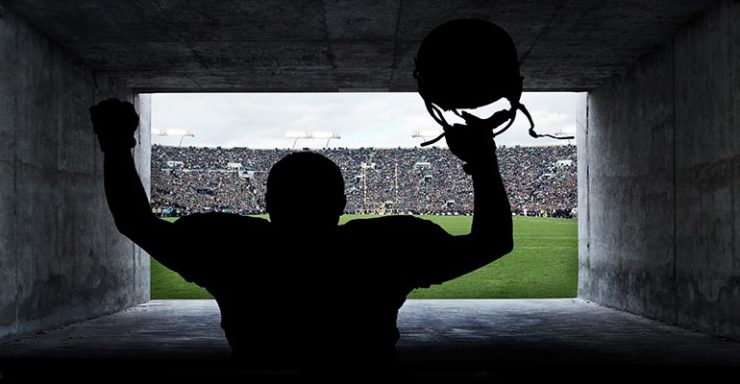 The Future Looks Shady for AB

The last time I reported on NFL superstar Antonio Brown the Pittsburgh Steelers fiasco was still going on. Since then, AB has not been able to stay out of the tabloids. If you so happened to think that the transition for AB from the Steelers to the Los Angeles Raiders would go smooth, you are sadly mistaken. Now that AB has left the Steelers you would think that everything would settle down because Brown left the quarterback that he claimed he had problems with, left the coaching staff that he said was treating him wrong, and then would eventually end up getting paid more money playing for the Raiders.

However, when Brown left Pittsburgh, the cameras seemed to have followed him on to the plane all the way to LA. I say this because since then Brown has been in the media for leaving the Raiders, the team that he just became acquainted with after pretty much begging and pleading to get out of Pittsburgh. Also, he has signed with the New England Patriots, the organization that does almost the best job of shielding their players from harassment by the media and press coverage. But AB somehow managed to break that shield of protection after getting accused of sexual assault by his former trainer.

Britney Taylor who is the former trainer of AB has accused him of three different counts of sexual assault since the two have known each other. The lawsuit that Taylor has filed against Brown accuses him of sexually assaulting her twice in June 2017 when they had been in contact for training sessions over the summer. The lawsuit alleges Brown “exposed himself and kissed Ms. Taylor without her consent.” Meaning that he showed himself to this woman in the nude and then proceeded to kiss her without her permission. In the same month, there are claims that he later “while positioned behind Ms. Taylor began masturbating near her without her knowledge and ejaculating on her back.” Ms. Taylor claims that she “felt a wet spot soak through her clothes.”

It sadly gets worse after this incident. Brown eventually contacted Ms. Taylor with angry text messages that seem as if he was almost bodacious and bragging about the incident. Ms. Taylor later cut ties with AB because the business relationship which at this point had obviously been tarnished and thrown away. But on May 20th Brown again reached out to her asking for her forgiveness so she can train him again. Yet, on this date, the lawsuit claims that Brown “cornered Ms. Taylor, forced her down, pushed her face into the mattress, and forcibly raped her.” The lawsuit continues to say she “screamed and cried throughout the entire rape.” She said that “Brown was too strong and physically overpowered her.”

This is some pretty raunchy stuff that Brown is currently being accused of and as I said previously, the Patriots are one of the best at shielding their players from media harassment and they have continued to do this job as Brown has now played two games with New England and still hasn’t had to respond to any of these claims. Regardless of all the details I have listed about the lawsuit, a video surfaced on the Internet of both Brown and Ms. Taylor with her on Brown’s lap and them enjoying what looks like a glass of champagne. It looked pretty convincing of two people enjoying each other’s company and didn’t look like anything was being forced.

So, at this point, it is still accusations and nothing has been definitely proven. Details are still being reviewed, but those text messages that AB sent to Ms. Taylor are pretty malicious and so much so that I do not even feel comfortable putting it in this post, but you can look for yourself if you choose by searching the web for Brown and Ms. Taylors lawsuit. It is apparent though that Nike seems to have seen all they needed to see in their decision to let Brown, one of their signature athletes, go.

Nike has had a history of baring athletes previously having issues of misconduct such as Tiger Woods with his infidelity and Kobe Bryant with his accusation of sexual assault. However, this has been a whole year of Brown acting out and it looks like Nike has officially had enough of his antics. If he has done enough to push away a loyal sponsor like Nike, then his chances with other sponsors looks pretty slim. I expect the NFL to have a face-to-face meeting with AB before the start of the Patriots game next Sunday. It is honestly a surprise that the Patriots are still willing to cooperate with Brown, but I guess with his talent on the football field it has extended their patience with him. However, I feel an expiration date approaching with Bill Bellichick as well.

Thursday, February 20, 2020 On Saturday, February 22, 2020, a movie production and filming will take place in the District of Columbia. In conjunction with this event, there will be several street closures that...

Thursday, February 6, 2020 Detectives from the Metropolitan Police Department’s First District seek the public’s assistance in identifying suspects in reference to a Robbery offense that occurred on Thursday, February...