Detectives from the Metropolitan Police Department’s Third District seek the public’s assistance in identifying a suspect in reference to an Armed Robbery (Gun) offense that occurred on Saturday, January 25, 2020, in the 2000 block of Vermont Avenue, Northwest.

The suspect was captured by a nearby surveillance camera and can be seen in this video: https://youtu.be/7R_scUFo_1E
Anyone who can identify this individual or who has knowledge of this incident should take no action but call police at (202) 727-9099 or text your tip to the Department’s TEXT TIP LINE at 50411. The Metropolitan Police Department currently offers a reward of up to $10,000 to anyone who provides information that leads to the arrest and conviction of the person or persons responsible for a violent crime committed in the District of Columbia.

Stay heart healthy. Connect with a clinic near you today. District of Columbia sent this bulletin at 02/24/2020 10:30 AM EST View as a webpage Take care of your heart by visiting a clinic in your neighborhood. Not sure... 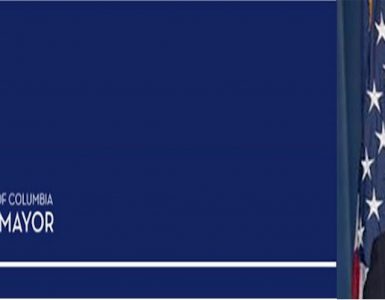 Sunday, February 23, 2020 (Washington, DC) – On Monday, February 24, at 12 pm, Mayor Muriel Bowser and DC Police Chief Peter Newsham will be joined by Police Cadets for a conversation to discuss the importance of...